Hiya my name is Amy, I am a massive fan of all British Soaps!! Coronation Street, Eastenders, Emmerdale & Hollyoaks.
Going to the studios to meet the Cast is something i like to do, from the year 2008 i started going to Granada TV where Corrie is filmed i met quite a lot on my 1st day as it was summer and a very hot day :) since then i have now met majority of the cast. It wasnt until a few years later i started going to the other Sets 2011 i started going to Eastender and Emmerdale but in just over a year iv met most fo the Eastenders Cast and they are all very friendly but Emmerdale i have only been once and not met very many of the cast as yet but iv met more then i thought at red carpet events......etc! Iv never beento hollyoaks but with going to red carpet andother events i have been able to meet the cast from the soap :) i love this hobby x 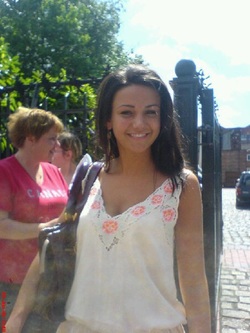 This is one of my favourite pictures from Corrie Gates and its the 1st picture i got there back in 2008
Michelle Keegan was the 1st person i ever met there :) she is my Favourite Corrie Actress and i thought id never meet her so soon i was shocked and very happy when this girl came walking down the street that day i didnt know anyone at the gates (as it was my 1st time there) and i was there alone so just got a picture  of her instead of with her !!
Also this day i remember meeting Tupele D, Helen F, Johnathon D, Emma E & Jack PS im sure i met more this day but with it being 4 years ago i cant quite remember them all. 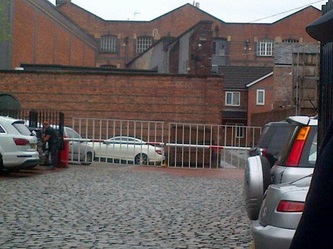 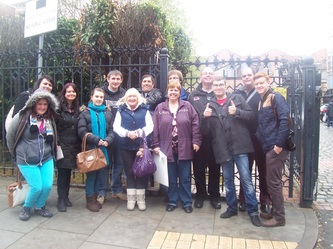 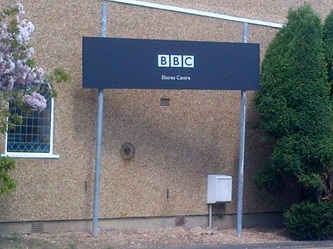 I also Collect Castcards and autographs from the Soap Stars, i have most of my Coronation Street and Eastenders Casrcards Signed over the past few years but havent yet got many Emmerdale and Hollyoaks Castcards as they are harder to receieve and get signed !!
I own over 100 coronation street cardcards either signed or presigned and i own over 50 eastenders castcards either signed or not but im hoping to have them all signed within the next year or so as im hoping to meet the ones i havent yet met in 2013.
All Pictures are my own (C) please do not use without my permission thankyou!!